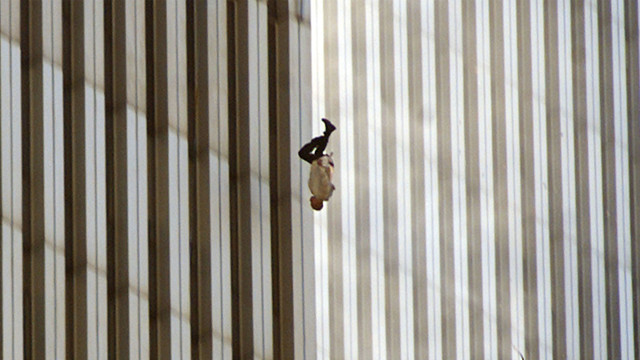 Two hundred years from now the great American history rewriting machine will have erased memories of the proxy fights with Russians in the sovereign nation of Afghanistan. What will be remembered is the horror across the world after the World Trade Center was brought down in an act of sheer terror. The word terror will be emphasized and the perpetrators names will be lost in generalizations. The wars that followed which destabilized an entire region will be an after thought. America won that war at an ideological level, convincing the world of the same. America propagated Islamophobia is internalized across the globe, equating the idea of a terrorist to a Muslim.

A Muslim pogrom will happen somewhere in this century (the Rohingyas? the Uighurs? the Kashmiris?) there will be excuses that the community asked for it. In this whole scenario, America always has and will be the victim. In broad strokes of history, the 3000 people who died in the buildings will be forgotten but the savagery of the actions that brought them down will play in memory.

The perpetrators were brought to justice through military occupation and with shiny, invisible drones that breathed hellfire. The Architect-in-Chief was killed in a clandestine military operation in another sovereign nation. This is all forgiven because we are all America and what is against this Great Nation is against all of us. Hunter S. Thompson was right in saying, “It will be a Religious War, a sort of Christian Jihad, fueled by religious hatred and led by merciless fanatics on both sides. It will be guerilla warfare on a global scale, with no front lines and no identifiable enemy.”

There exists a memorial for the dead at the site of the fallen towers – but who will cry and remember the 31,000 Afghan and the 650,000 Iraqi civilians? The greater instability induced in the regions and the mass migration that followed has induced a death grip on European politics as well, but as far as we are concerned, America is absolved of all guilt. America is our only savior against the twin evils of China and Russia, in this respect we are all American, overwhelmed by the country more than the places we live in.

The real memorial for the thousands of dead, the millions displaced and the future millions that will be killed and displaced is the falling of the Twin Towers itself. It showed a moment of belligerence and exposed the deep arrogance of the American state. That a crude organization could overwhelm the greatest superstate in the history of nations with a handful of planes and some symbolism is a fact that cannot be translated into history.

$ 2 trillion (and counting) of American money went into wars after this event, even as a majority of its citizens crumble without a public safety net. The true victors in this war have been the handful of people who plunged the planes into the buildings on that Tuesday morning. They exposed what we know of America's diabolical power all along, its corruption and violent hunger. They teased America off of its money in a war that will never go anywhere. But I cannot say that, as talking against the politics of this Great Nation, is talking against the interests of the world itself.

11th September 2001 is a memory of the millions that perished because of American political greed. With this being said, God bless America.