Climate change as a lifestyle trend

or fuck your Thunbergs and other false Jesuses 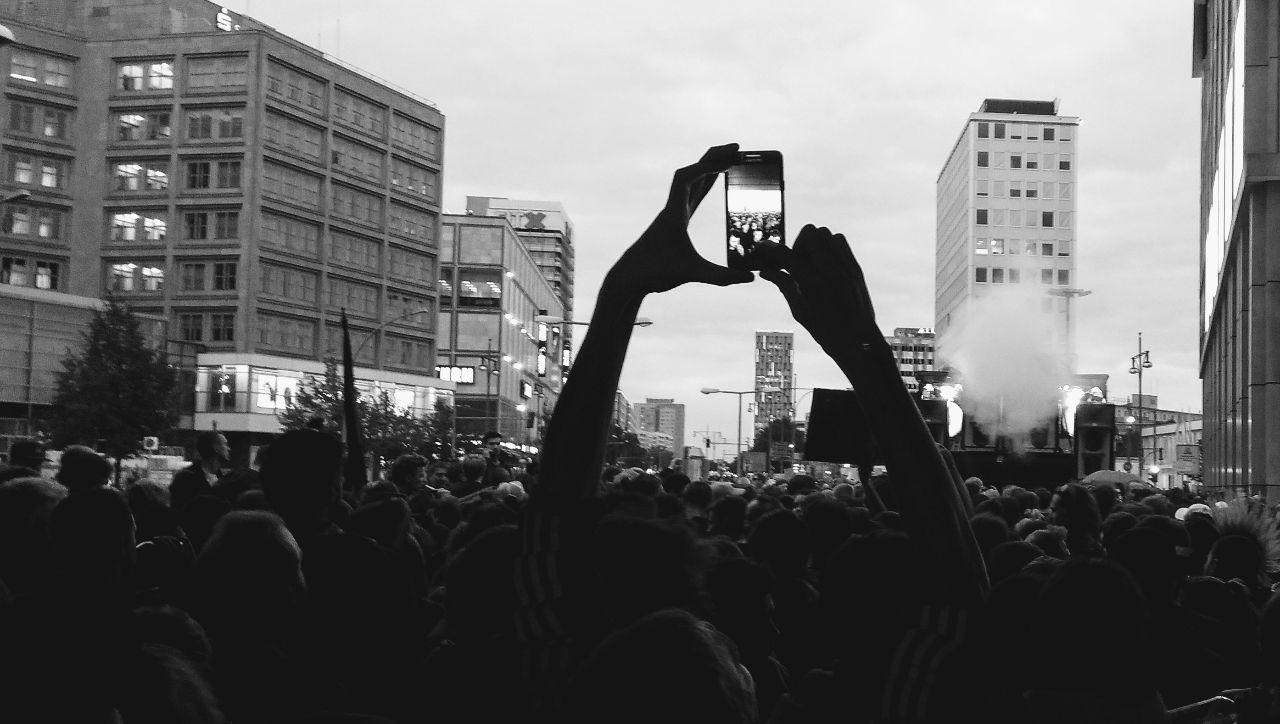 Fridays for the Future, Extinction Rebellion..streets around me are full of hope and excitement for activism, young students going to demonstrations and coming back with badly designed flyers and a general conversation at workplaces and university cafeterias about that friend that has gone vegetarian or vegan. Oat milk replacing cow milk, soya and legumes taking the place of meat. There is no problem for a society to shift towards healthier and environmentally conscious avenues, but the dialogue with which we're immersed in this transition bothers me more. For now, it is mostly a narrative in the educated classes of developed nations making them united for a cause that is suitable for some armchair activism and subtle lifestyle changes in their otherwise saturated, mono-dimensional lives. This is what it feels like, something greater than themselves, a replacement to a God and money they have seen dying over the years.

Yes, money is dying in a way. It offers nothing that we don't know and the rush of making and spending money has become predictable, turning ourselves into self-optimizing machines in the process. The areas for insight in the developed world are few, almost every aspect of daily life has been made efficient with precision. This is no space for humans as it has been too desensitized, it is hard to believe that we as a species ever came from the jungle to having domesticated plants and some millennia later be where we are. In retrospect is cause for the discontent, money asks too much from ourselves to be in possession of it, and we have to drive ourselves bone dry to achieve its objectives.

This lifestyle dysfunction turned towards a very real problem of climate change creates interesting avenues for discussion and how this problem can be solved with a Utopian tinge. It is the same reasoning for the counter-cultural movements that happened in the West (I have absolute contempt for this word. West of fucking what?), coupled with the booming businesses of yoga, mindfulness and organic food. This brings me to the point, where did the opposites for all these modes of living arise in the first place? Considering India as an example, one sees that the country was introduced to fast food, economic liberalism and unchecked expansionary capitalism as a response to a globalized world view first created by the powers in the developed world. Now, the fancy pants in Europeans capitals boast about their all-grain vegan diets and lactose + gluten free milkshakes while on the other hand India gets hooked onto greasy burgers and deals with the problem of unchecked capitalism taking over the psyche of its residents.

Then comes along, conveniently, the issue of climate change and the fad of activism in the West. People dance behind wagons playing deep techno, screaming in between the need for a better planet. Sure, this activism is for the greater good. But the good has to happen within the domain of the system they are living in — the protests and demonstrations still happen in a very controlled space under the auspices of the local police and perhaps the local intelligence community. So the change first appears in form of corporate acceptance where companies greenwash at every possible instant: at bus stops signs, petrol stations and inside supermarkets while buying oranges in winter. The irony is not visible as this messaging is confirming one's own beliefs but a taking a deeper look one sees the invisible hand of capitalistic trickery in play.

A time will come when political action will be taken against polluters and new trade deals will be signed under the pretense of the environment. The rules will be written by the polluters and the blame will be shifted to all those barbaric people in the developing counties. India should not consume so much coal, Indians should not be throwing plastic in the water, Indians should not follow the American dream and buy a car and whatever the fuck they need. This would create an optimum business creating situation where the polluters find new technologies to tackle with the problem they have created in the first place. Then they will shove it down everyone's throat in a rent seeking push to fatten their bottom line and the circle exists where these rich countries become richer with the blame fair and square always on the countries that are historically poor because of colonial and economical conquests of these rich countries in the first place. It is in this context the armchair activism of the average Westerner is problematic, it aims to solve a problem without tackling the inherent system within which it functions, because who wants to let go of the luxuries of living in a hyper-capitalistic society? Capitalism always tries to find newer methods of profit generation and the climate crisis is a cow waiting to be milked and slaughtered.

The effects of this activism is not yet seen in India but for now there is rampant deforestation and a reliance on energy guzzling devices and cars. That is a symbol of prosperity and changing this view just when it has come within reach will seem hypocritical. The aims of the Thunbergs and your local café hipsters it should not involve holding colorful placards but engaging people across the world in conversations. What the climate crisis is about is essentially a problem with consciousness itself — we have at some point forgotten our origins as animals and have gone so deep in immersing our make-believe reality that we forget that the planet is a home shared between millions of species. It is not going to be solved through sanitized protests that don't involve all the stakeholders and by that it means looking beyond borders and creating a common culture of understanding and some foundation in economics.

Our enemy is not the polluters but the system itself. As people, we have a common cause ahead of us, this should not become another trope for unequal exploitation as that would be the perfect recipe for global strife. Technologies should be freed of their patents and the knowledge of our future should be free for all. Remember that the planet does not have borders, we do.