Death of a Republic 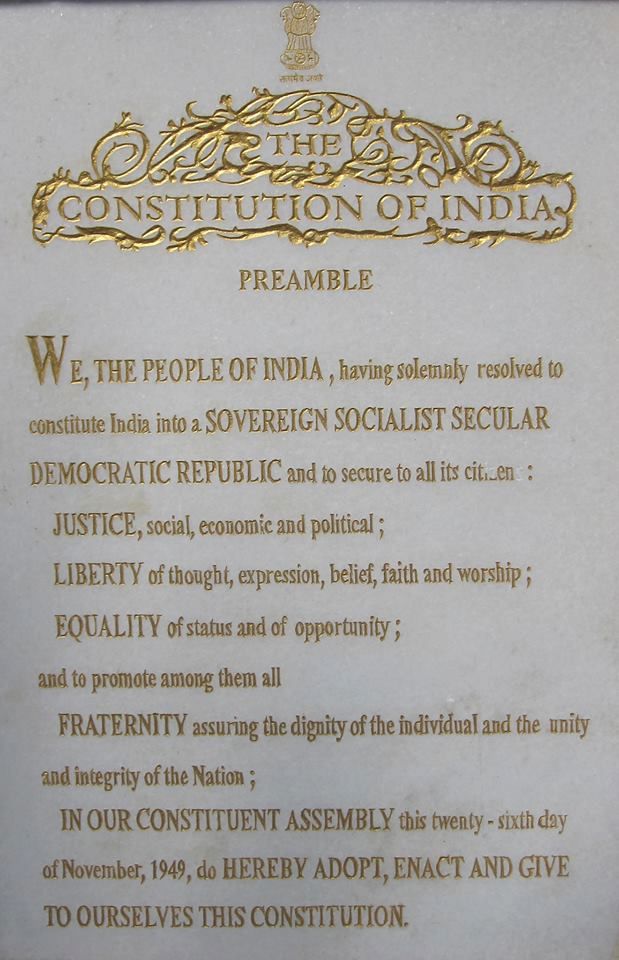 The 26th of January this year marks the 71st year of the Indian Constitution coming into existence, the longest written document of its kind in the world. For most Indians it is when ceremonial Republic Day Parade takes place on Rajpath before the President of India, showcasing the diversity of India's cultural and military heritage. The unfurling of the Indian flag signifies that the nation is already independent, followed by the President's speech to the nation.

All this tradition to mark that India is a sovereign, socialist, secular, democratic republic, assuring its citizens justice, equality and liberty, and endeavours to promote fraternity. Certain of these adjectives are losing meaning in today's New India, where a plutocratic, religious elite want to dominate the cultural and political futures of the country. Consider the word secular, a word that lacks little mention in the BJP's national conscience. In the past seven years, the word has been ridiculed by online trolls as being equivalent to pseudosecular, meaning that the laws of the country are biased towards minorities more than the Hindu majority. The initial occurrences were pushed away as a blip on the radar, now the Hindu mobs are in full force on the television and the internet, leading trails of hate, willing to distort opinions one comment at a time.

The BJP high brass are spiritually guiding the mobs by themselves actively dismantling the constitution that brought them to power. Last year Mr. Modi went to the ground-breaking ceremony of the controversial Ram Mandir in Ayodhya, the leader of a democratic, secular nation sitting in a place that instituted bloody sectarian violence across the country for over three decades now. New laws brought into force also remind the minorities of their place in the country and there is the silent approval from most of the country as it pits Hindus vs. the Rest, giving potent, irrefutable political identity. To oppose against the policies of the BJP is to oppose Hinduism itself.

The word socialist, as safeguarded by the constitution is under fire as well. Though a bit archaic in a country that has embraced free market capitalism with open arms, there is a certain myopia in the country's rich and middle classes of not acknowledging the privileges they possess. The word leftist has taken the form of a slur, any discourse against the conservative elements takes on the polarization popularized by the Republicans in America. For the comfortably rich in India there is no poverty and inequality, there are only lazy people and imbeciles. This denial of the country's vast levels of poverty is further encouraged by the rosy pictures of development that Mr.Modi and his party love to portray. For the average urban voter, India is already on its way to become a superpower, if it isn't already one.

The past years have seen the pluralism of India that were once hailed in its textbooks to movies has waned away. The Hindu-Muslim bhai bhai ethos has almost completely vanished, it is confined to memory, with no-one daring to speak it out. It is important to own the idea of the nation back from the Hindu nationalists, a nation is an imagined entity where one has the virtue of belonging through birth or adoption. Each person is free to attribute the idea of the nation for an entity of their choosing, the nation could be the cuisine, the trees, the mountains or just the love of the home one is born in. It does not need to accumulate the gargantuan threats peddled by the politicians to keep themselves in power.

The Constitution of India that gives the country its democratic backbone is on the verge of total erosion in the next decades putting the lives of over a billion people at the risk of religious anarchy. As mechanisms of protest are being undermined and a complacent educated class are lulled into a comfortable jingoism advocated by the government, it is imperative that the idea of “what it is to be a nation” has to revised and re-owned by public intellectuals, academics, the Opposition and the general citizenry. The momentum that BJP amassed is on the back of the narrative it has managed to control in the past seven years, it is time to not answer the questions it asks but ask questions it has no answers for.