Give me blood: Part 1 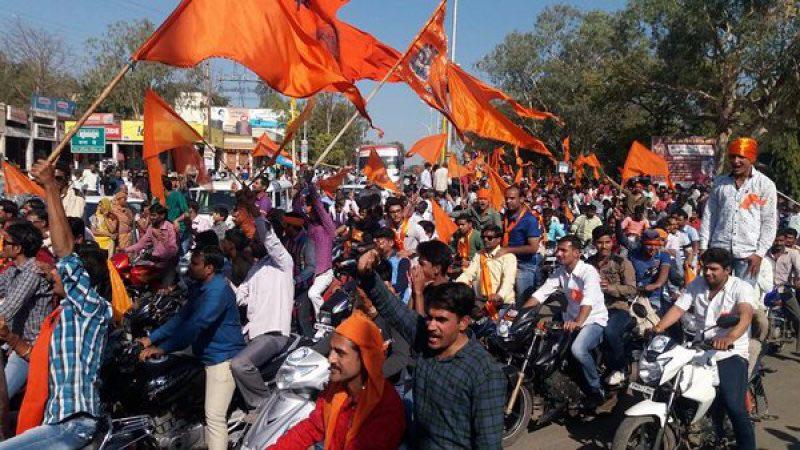 The above words were said by Subhash Chandra Bose in 1944 to his band of extremist followers called the Indian National Army (INA). He is the darling of the Hindu nationalists in India along with Bhagat Singh, Veer Sarvarkar and Chandrasekhara Azad. Recent myth making also puts hitherto unknown names on the list – Narasimha Reddy from Andhra, the faceless soldiers from the surgical strikes following the Uri attack in Kashmir, the team that put the Mars probe on the red planet.. all of whom are eulogized by Bollywood and lapped up by the latent consumers of media. This brings us to the question, why does India need heroes? Especially, why does India need to manufacture heroes in the presence of none and glorify a powerful masucline personality not averse to war and surprisingly well endowed by Sherlockian intellectual abilities?

This is in line with the idea of the Western male, the all powerful white man who has fought two world wars and is right now on top of the global hierarchical structure, controlling the economy and the politics of the world. Though this narrative is faltering in the West, for the postcolonial populace it still remains the same dream thanks to the signs of marketing and wealth shown through the diktats of Trump, the blitz of a Hollywood campaign and the deep advertising campaigns run by American/Western corporations in the subcontinent.

How can a poor nation fight against the Big Man sitting thousands of kilometers away and earn his respect? Being meek is a way of going forward but also how long can this subjugation go on? There should be a sphere of life where the Indian is better than the Western man (and he is already better than the African or the Asian. Latin America is too far away to exist and Arabs?) and here comes the idea of cultural superiority. The cultural superiority talks about the greatness of the vedic era and vedic philosophy – which is stripped completely out of its social context and espoused with superior religiosity. Hear an Indian talk about philosophy and boast about the impartiality of the said philosophy while also denigrating the Abrahamic religions for their inflexibility of ideas.

This cultural superiority however does not have a global audience. It is limited to an elite few even in the West, that is people who can be bothered. How can the perception of the country and its men, no matter how little, be changed in the lowest common denominator of population in the Western world? The fight in their heads in not won by reason but by the show of might. The optics of violence has a greater impact, think how overestimated the fears of ISIS was to what it actually was, but when the enemy is made to look strong, you take notice.

But how can one show might if they do not have any muscle? This is the same reason the Hindu right loves to hate Gandhi, he was too soft and called for non-violence and divided the country. How dare he do that before we could spill any blood and have it on our hands to show the future generations and keep them in a subconscious check? This is same reasoning used by the United States, subconscious warfare. If you have the courage to ruffle its feathers, the mighty eagle will swoop down and whoop your ass.

The psychology behind how this masculine aspect of the Indian government (and if extrapolated to the global context, then every government) functions is the same as how a high school bully functions. Brutalized perhaps in another aspect of life, the kid tries to show-off before his equals and underlings. Usually the fight with the bully can be broken with the simplest show of might but most of us are even scared to shake up the status-quo. And what does the bully keep on doing? Inventing myths and creating more auras of power around him while the truth might be different. The mob always believes that all that glisters is indeed gold.

For example, check the Balakot Air Strikes and the Surgical Strikes both instances in the past years where the Indian Government tried to paint the world red. Misleading information aside, the attacks have been celebrated and as linked above have been made into easily consumable Bollywood films – amplifying the chest thumping into the farthest reaches of the country. The self-congratulatory nature of the propaganda can also been seen it being awarded the 66th National Film Award by the BJP government, hence finishing the circular logic of 'we did great actions because the film shows we did great actions and the film is great because here's the awards it has received'. The Ballot Air Strikes also conveniently took place under complete media frenzy just before the national elections in April this year. The projected success indeed helped coverup all other BJPs shortcoming with the ailing economy, the effects of demonetization (which also conveniently happened before the Uttar Pradesh election season of 2016) and general lack of things to show.

The bully wants to destroy. The bully wants to have six-pack abs to deter any opposition and appear sexy in the big boy's club. The bully is just starting to realign his perception in the rest of the class and if you don't stop him now, it will be much harder to stop him later on. Notice that the bully is exclusively a 'he' and notice that all his actions are cosmetic. The blood thirst from before the independence of the country is not fulfilled yet and they dream of showing might to the world. What remains true for now is that India is a poor country with very little to show as of now. More on these issues later, coupled with tactics on how to confront this bully and examining if there is any way out of this mess.

Until next time, stay angry and stay informed. Sleep with an eye open and be sensitive to any word or action. They take you by the finger throw you down to the lurches. Beware.