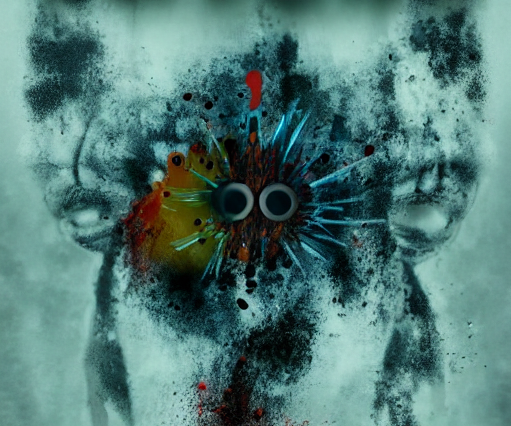 2020 by all means was a fancy year, the number had a clang to it. Being the start of a new decade brought an extra spice to our collective dreams and desires. For anyone who listened to a politician’s speech pre-2010 can confirm [1], 2020 was the cool sounding year that politicians and planners projected latent utopias to the simmering masses where problems of the present were cured by a taste of the distant future. 2020 came and went but its memory still lingers in the air, waiting to go through our bodies to the back of our lungs and minds. The times between 2020 and 2021 were a blur, they finished before they even began. Time suspended itself between the lockdowns with an existential weight, its heart beating to the constant deluge of health data from across the world.

A tiny report from the end of 2019 ballooned into the greatest catastrophic event that our current generation witnessed, a shining by-product of globalized dreams and dismantled national identities. Borders became important in parts of the world that pretended as if they didn’t matter and the full force of the State flexed on to unassuming populations burdened with peace. The following three years have carried the various shocks of the virus, kick-starting a new epoch of atomized living symbolized by our faces plastered to our screens. The markets fluctuated, people quit jobs, socialization has become hard and the aged and the sick have been shuttered in. The consequence of the virus is a population that is further aware of its geographical and mortal boundaries as they fiercely tried to keep the enemy at bay,

2023 brings the promise of slow shift away from the COVID narratives, the virus has taken a backseat in our minds [2] while the policy effects are still strong in their presence. While we still live under a cloud of the past, for the fourth year in a row it serves as an important reminder of our frailty hidden behind a muck of ego that helps us march through the days.

[2] – The whole vaccination hullabaloo involving the development, approval, the backlash of the crackpots, to the actual inoculation has faded from memory. The vaccination drive remains to be the greatest achievement science has had so far, fighting an otherwise unwinnable virus. It’s hard to imagine a world that has not yet had the vaccine but the problems faced by the economy would be magnified to a much larger degree.