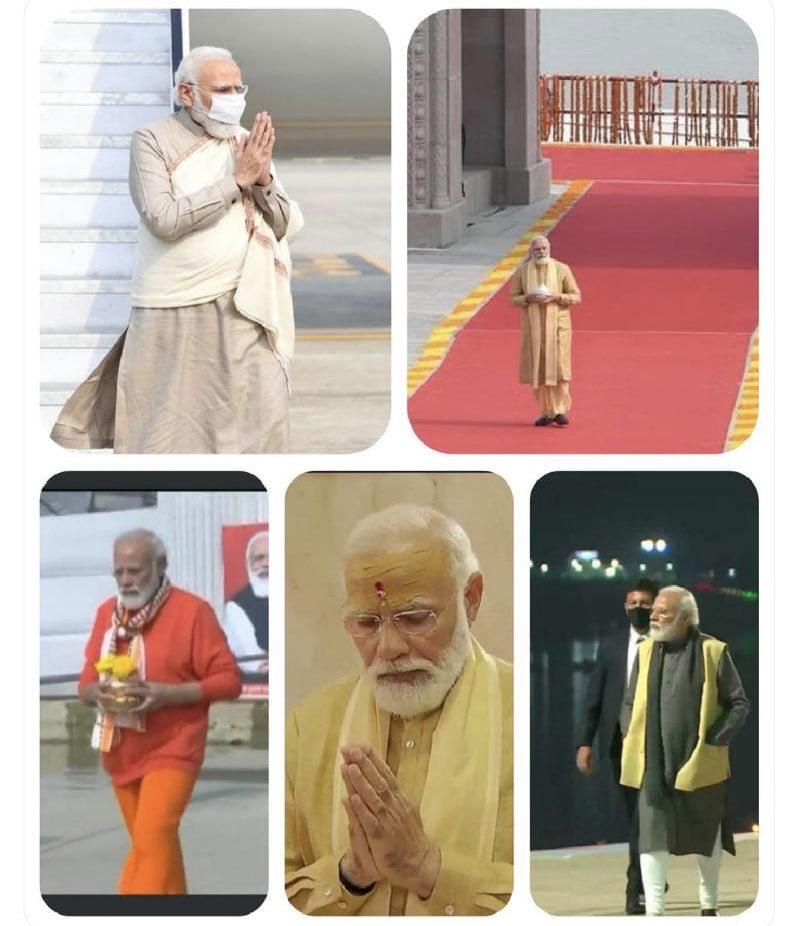 PM Narendra Modi with each passing day reminds me of Ben Kingsley's decoy Mandarin in Iron Man 3, who projected as an ultimate super-villain, is revealed to be a farcical character hiding behind a veneer of aura and evil. 7 years ago it was hard to imagine that we'd have a Prime Minister who attends photo-ops featuring grand temples and Brahminical rituals, projecting himself as a super sage statesman. His foot soldiers laud every decision of his historic, putting the very idea of history in crisis across the country. The reality is that there's not a single policy decision of Mr. Modi that sticks in public memory, except for the ones brimming with subliminal hate and enforced with sheer brute force.

Beneath all this veneer, Modi is a frail man with the cracks showing when his job requires him to deliver full accountability. Last year during the COVID crisis or this year during the second wave, his total media presence had been conspicuous. He came from the woodwork only to do some damage control, convincing the world that his acumen has saved the country. Meanwhile, thousands of people died across the country without access to hospital beds, care, and oxygen.

Modi's true power within the country comes from his party's careful control of the media. He is in essence a true media dictator, one fabricated in the minds of the people who look at the news for information. The real Modi is never available for a freewheeling conversation, in the last seven years there hasn't been a single instance of him giving an unfabricated press conference. Like the Mandarin, Mr. Modi might as well be a weakling in the hierarchy of power, whose only ploy to hold on to his position is his narcissistic cult of personality that he carefully curates.

In case of a real crisis or call for accountability, one will find him going the path of Saddam Hussein, hiding in a small cave, a weak man who will shy away from any questions. Until that moment comes we are to be afraid of Mr. Modi the influencer, whose social feeds only motivate us to “like” him.

and his pots, pans and candles. 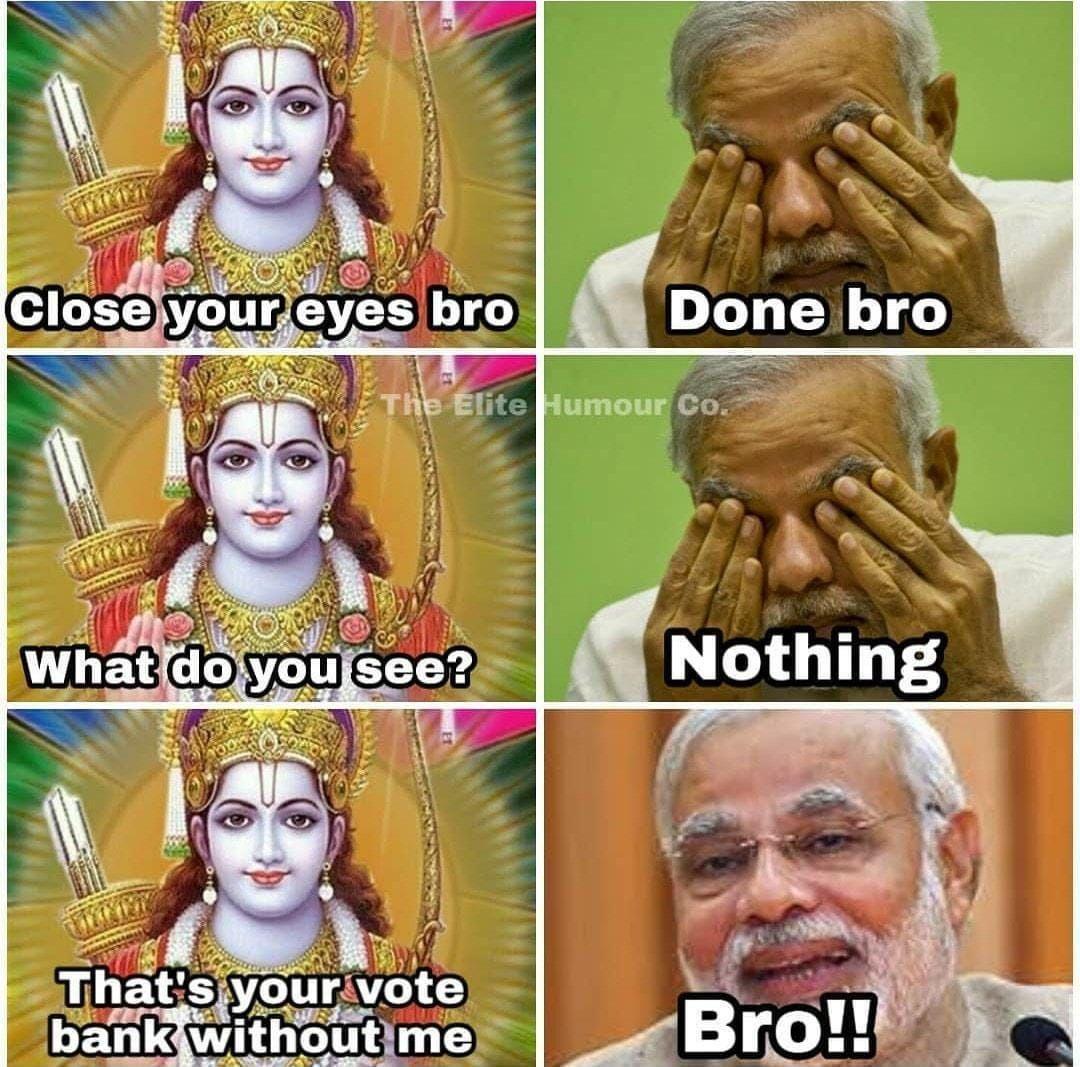 Narendra Modi hasn't seen much crisis since his coming to power than the ones he has created himself. Demonetization, the CAA-NRC fallout and the abrogation of the Article 370 of the Indian Constitution are a simulated reality for him, where he created response to the world he built. The COVID-19 crisis however is something out of his dictatorial territory, it has flummoxed him and his followers and the reaction and messaging is clear and fair. There has been no live press meets but only taped words of distant balm. The first time he addressed the nation on the 19th of March, his response to the situation looked more like a middle-aged Indian's knee jerk reaction with spiritualism, dharma and a loud ritual thrown into the mix. On paper his instructions read more like a recipe to a bhajan than a pandemic response.

The reaction to the “soft” voluntary lockdown on the 22nd of March and the we-will-bludgeon-you-to-death version unleashed two days later. Millions of daily wage laborers left broke and homeless had to fend for themselves before the government machinery woke up to repeat some numbers. They still are repeating those numbers, with more preference given to covering up the situation and giving a narrative than answering questions that matter. As is the case with the Chinese, the Indian culture also values social image more than the truth, not answering a question would equal to the problem not existing. Given that India's health spending is just over 1% of the GDP, the response shouldn't come as a surprise.

Mr. Modi plays out the crisis to his core base of exhausted high caste, middle-class uncles whose end value of education is reduced to a certificate and for whom there exists answer for every problem in “Indian culture”. His appeals for banging pots and pans, lighting lamps and dancing in the streets appeal to the emotional Indian, while the rational one flinches, her voice taken away and drowned in the sea of maniacs for whom devotion has taken the place of reason. This is a planned gimmick, a testing ground to see how servile the country's populace are. The people have obliged without raising a furor, for the first time it looks like the unity of the people is detrimental. A strange fear creeps in when does not comply, almost as if a mob would be waiting outside with torches, demanding compliance.

With an easy prey found in terms of the Tablighi Jamaat congregation, the Modi government can shake off all future blame for the spread of the pandemic — it was the Muslims who did it, always. Not a word that the government didn't wake up almost until three weeks into March and then implemented a haphazard plan that looked good, not because of structure because of the emphasis. Mr. Modi's has shown time and again that he'd prefer using a nuclear bomb where simple mosquito spray will suffice, but it is not the end result he and his political force are after but the sheer spectacle of it. It is not to be forgotten that this man was facing severe opposition for his controversial anti-minority bill (read Muslim) and also presided over a brief pogrom in Delhi in February.

All these issues are clean from Mr. Modi and his party comrades hands now, the COVID 19 couldn't have come at a better time for them. In a country where information is scarce, the official narrative and all the theatrics are enough to substitute a cohesive response. We need to remind ourselves that Mr. Modi likes subtly comparing himself with Mahatma Gandhi. He is one indeed, a wolf under Gandhi's skin.